Showing posts from February, 2018
Show All

- February 13, 2018
First up, The ElysianProphecyis Vivian Reis’s debut novel, and before you ask, yes, I’ve preordered it.  Find out more at http://vivienreis.com/ This is in response to Vivian’s YouTube challenge. Not being the youtubeing sort, I’m going to be old-fashioned and blog it. https://www.youtube.com/watch?v=gjvhcNtZkzw
With no further ado, let’s get on with it. 1. Secret society - A book you love but no one else talks about I don’t have long book conversations with people (I really should, but I don’t). So I’m just going to go for the most obscure book I’ve enjoyed. Which is … Nightseer by L. K. Hamilton. It was an aborted attempt to start a high(ish) fantasy series, very Harry Potter esque. If you liked Hamilton’s early work then it’s well worth a look. https://www.amazon.co.uk/Nightseer-Laurell-K-Hamilton/dp/0451451430/
2. Voices - A scary novel that gives you the chills! Not scary as such. But I found Kameron Hurley’s The Stars are Legion so very unsettling that I couldn’t finish it. (I ha…
Post a comment
Read more 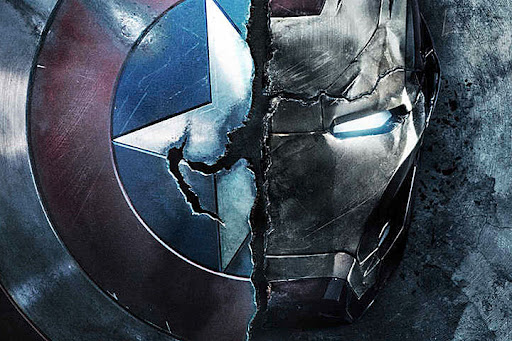 This article includes spoilers for both the Civil War movie and Comics. You have been warned.
Welcome back. If anyone is still around after my overly long hiatus. I’ve been working hard on some new projects. More about that later


After watching Civil War with some friends, conversation ultimately turned toward Iron Man vs Captain America, who's in the right (This is apparently what the directors were aiming for). Being much more of an Iron Man fan, my instant reaction was to side with Tony Stark. I stand behind this and would go further to say that Captain America has actually been written as the villain of his own movie. Which, if it’s intentional, is a ballsy move on the writer’s part.
If we look at the main argument over the Sokovia Accords, Tony argument, largely driven by the guilt over the events of Avengers 2, points to the inevitable loss of life every time these larger than life characters clash. As Vision says:  “Our very strength invites challenge. Challenge incites co…
Post a comment
Read more
More posts